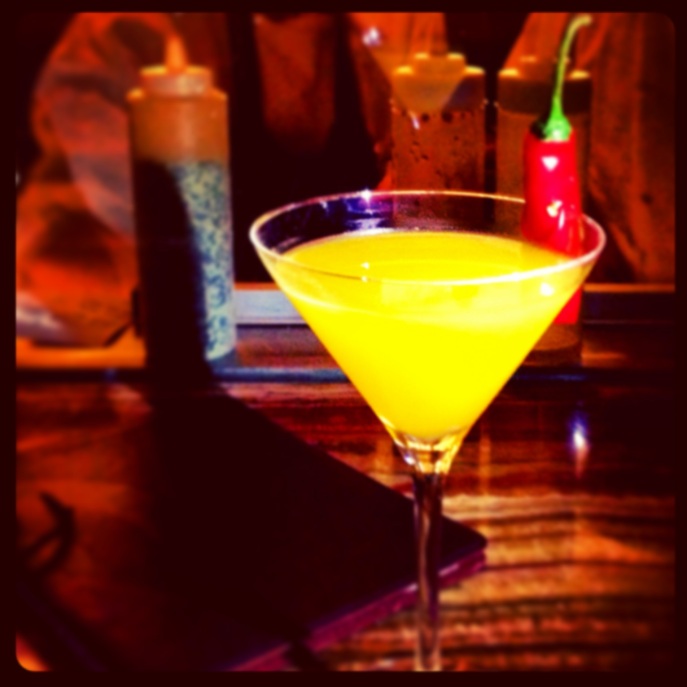 Summer cocktails can take a toll on your liver, but fear not, I’m not suggesting that you ditch the cocktails and cold ones! Of course, moderation is important, but if you enjoy a cocktail occasionally on a hot summer day, read on for some suggestions on how you can keep your liver healthy despite the alcohol consumption.

First off, let me explain how alcohol can harm your liver. Think of your liver as your body’s main detoxifier. It rids toxic waste to help prevent infections. Your liver needs water to effectively rid the waste and alcohol dehydrates you, robbing the liver of the main ingredient it needs for eliminating waste!

Another way alcohol damages your liver is that it produces a toxic enzyme called acetaldehyde, which can damage liver cells and cause permanent scarring, This can lead to cirrhosis of the liver, which can become life-threatening if left unchecked.

A few drinks here and there are unlikely to cause severe damage to your liver, but either way you look at it, it’s wise to incorporate foods into your regime that are protective of your liver.

Here are my three favorite, liver-protective foods that have the most scientific research backing them.

Cruciferous vegetables like broccoli, cabbage, mustard greens and Brussels sprouts are a must in anyone’s diet! They have so many beneficial properties and are one of the most protective foods against cancer.

Broccoli sprouts are available in many grocery stores. Note that anything sprouted increases its beneficial nutrients exponentially!

I hope you all can find ways to incorporate these three types of food into your daily diet. The cool thing is that each of these food choices not only benefit your liver, but also help prevent several health ailments! 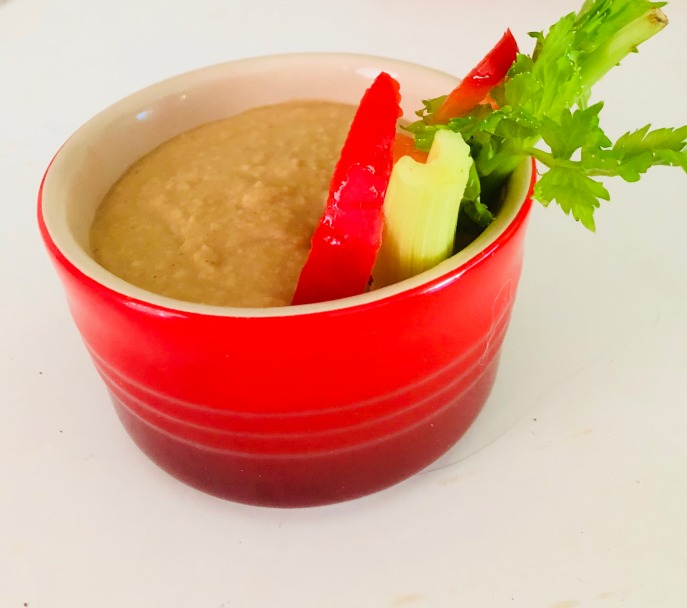 I’m a college student. I’m here to tell you today that it is possible to eat healthy but cheaply in college (or for anyone who needs to live on a budget). I’ve lived it. I’ve breathed it. I’ve figured it out (or so I think).

When you can get a Triple Cheeseburger from McDonald’s for three dollars, but a market salad from Wegmans costs eight dollars, and you just dropped hundreds of dollars on textbooks last week, which one do you think the poor college student is going to opt for?

Cooking for yourself is the answer!

Today I’m going to give you a cheap and easy-to-make snack that’s also delicious and good for you. What more could you ask for?

The recipe starts with a can of chickpeas-generally around 65 cents! A half cup of chickpeas gives you 6 grams of protein. Less than a dollar for 4 servings of plant based protein sounds perfect for my poor self!

I’ve made swaps for ingredients in traditional hummus recipe that help you save money and make the taste even better! Typically, hummus is made with tahini. But tahini can run very expensive. So I’ve done two things in place of that. The tahini works to water down the hummus in a sense and give it that creamy texture.

So you’ll notice that the recipe calls for aquafab water. It’s just a fancy way of calling what the chickpeas are soaked in. So be sure when you drain your chickpeas, you keep that water to help thin out your mixture. Bonus: the chickpea water is calorie free!

The second thing I did was add in a little bit of peanut butter to the mixture. This gives the hummus this delightful nutty flavor without being too overpowering. DO NOT SKIP THIS INGREDIENT. Trust me.

So there you have it: my first recipe, developed all by myself! I’ve won over everyone I’ve made it for and it’s my favorite snack now! Pair it with some chopped vegetable, crackers, put it on a salad, or just eat a spoonful of it (guilty). I hope you guys make this recipe and love it as much as I do! Let me know what you think in the comments!

* Adjust the sweetness to your liking. I tend to add a little more than a tablespoon but you might just like it with one!

* Honey can also be used as a substitute and it tastes equally as good! 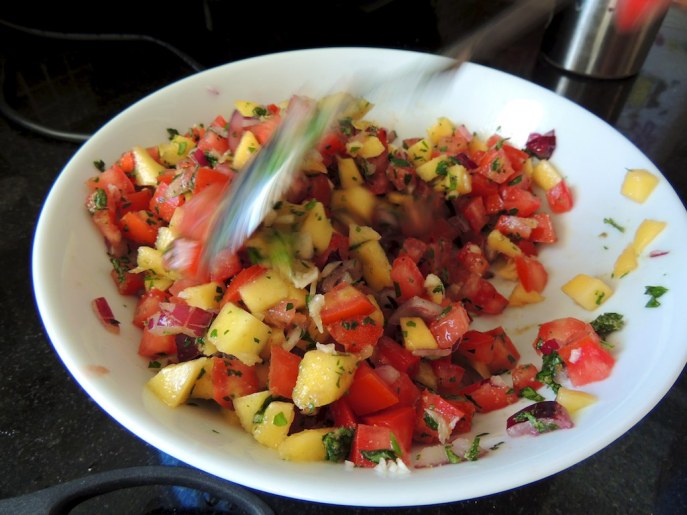 It’s prime BBQ season. Chances are you’ll be invited to at least a few more barbecues. Impress your friends and family with healthy but delicious dishes that will sure to be a hit! Here are my absolute favorites!

It’s almost illegal to have a BBQ without serving deviled eggs? Even though deviled eggs are vegetarian-friendly and offer a good amount of protein, they can be heavy on the calories the way most people prepare them. Well, here’s a healthy swap for you! Replace the yolk and mayo with a pureed deliciously-spiced cauliflower filling. The Paleo Diet made cauliflower popular; while I’m not Paleo, I dig this recipe. Click here to grab the recipe from my website!

Fruit salad is always a refreshing choice for summer get-togethers. I love the standard watermelon, grape, cantaloupe, honeydew combo, but I wanted to create a super-food fruit salad so I came up with this oh-so-delicious pomegranate citrus salad. Click here to check it out!

This is not your typical triple bean salad. It has edamame, Lima beans and black beans with a touch of sweetness by adding mangoes! Click here to make this phenomenal dish.

What’s a BBQ without chips and salsa? Can you tell I am obsessed with mango yet? Well, when you try this salsa, you will be too! Click here for my magnificent mango salsa recipe!

Keep on having fun this summer! And delve into the picnics and barbecues with your arsenal of healthy food dishes and you’ll stay in shape for sure! 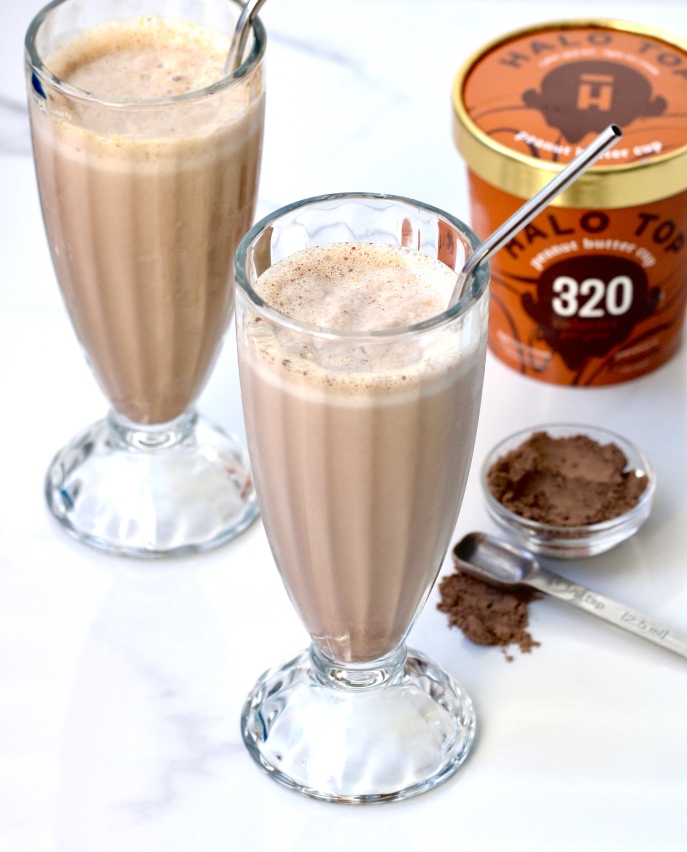 Yes, you read that title right! June was Men’s Health Month the official start of summer. As I was pondering these two reasons to celebrate, ice cream came to mind! I know what you’re thinking—ice cream definitely relates to summer, but how in the world does it relate to men’s health? All it takes is healthy ice cream. Yes, there is such a thing! It’s Halo Top ice cream  and oh my goodness—it is delicious!

When the sun is beating down, the idea of seeking out the nearest ice cream stand is tempting—do it but grab a pint instead! An entire Halo Top pint is only between 280-360 calories with 20 grams of protein. This way, you get the chance to indulge without the guilt. And protein is phenomenal for fueling a work out!

I’m not suggesting having an entire pint—have a serving of Halo Top for 5 grams of protein and only 60-90 calories. Halo Top has way less calories and way less sugar than traditional ice cream. It sure beats a nutrition bar, right?!

With 24 flavors to choose from including classics like Vanilla Bean, Chocolate and Strawberry, to exciting indulgences like Birthday Cake, Red Velvet, S’mores and more, you will be sure to find a flavor that fits perfectly to you.

Peanut Butter is one of my favorite flavors. Halo Top has designed a post-workout shake with this flavor just for men in honors of Men’s Health Month. Don’t worry ladies, it won’t do you any harm if you indulge too.

Check this out—this shake delivers you 29 grams of protein, 6 grams of fiber, and provides you with 10 percent of your daily iron needs and 35 percent of your calcium needs. Cheers to summer! Cheers to the men in our lives! And cheers to Halo Top!

This entry is sponsored by Halo Top. 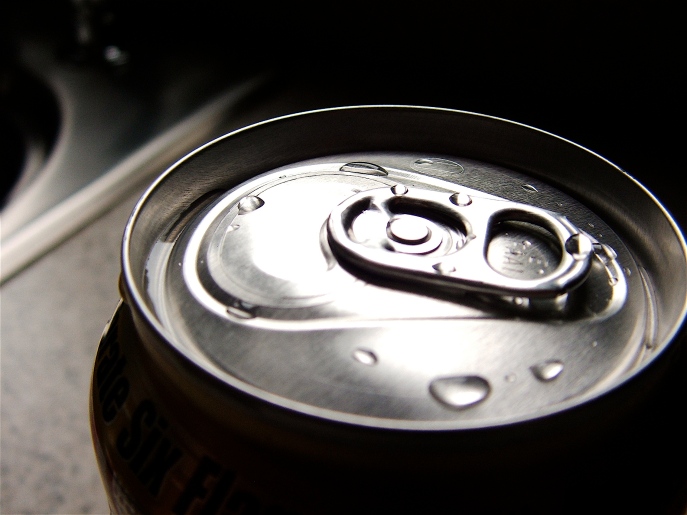 I work with clients across all ages, many who are actually healthy already when they start seeing me, but often times they have a habit that quite frankly counteracts all of the benefits of their otherwise healthy diet—soda! It’s addictive—caffeinated or not, diet or not, soda destroys your health. If there is one “bad” food you want to challenge yourself to remove from your diet, I suggest soda! Here are some of the ways soda is harmful to your health.

Soda can make you gain weight, yes even diet soda.

Most people who see me are concerned about their weight. Some want to fit better in a wedding dress. Some have serious health problems related to being overweight or obese. As this is concern is probably at the forefront of peoples’ mind more than other serious concerns, I will address the weight issue first.

Soda causes weight gain. Sugar and even the artificial sugars in diet sodas can make you feel hungrier, leading you to eat more. This means you consume all that sugar or artificial sugar (which bot store as fat) in the soda, and more food than you would’ve eaten had you not had the soda! That all adds up, especially if it is a daily habit!

Soda can cause diabetes.

Do you know that a can of soda has over nine teaspoons of sugar in it? That’s insane. Drink a can of soda and that already exceeds the American Heart Association’s recommended daily allowance of added sugar, which is nine teaspoons for men, and six teaspoons for women. All that sugar can spark diabetes. In fact, a 2010 meta-analysis of several studies found that people who consume 1-2 cans of soda a day or more are 26 percent more likely to get Type 2 diabetes than people who rarely drink soda.

Soda can make your bones brittle.

Most of my clients who are young to middle-aged rarely think of their bones. But get this, soda drinkers’ bones are more brittle. Soda has phosphate and when your diet has more phosphate than calcium, your bones suffer. Think about changing up your soda for milk, even chocolate milk, so you get that much-needed calcium for your bones!

Soda can break your heart.

Sugar was first linked to heart disease over 50 years ago, yet soda is still flying off the shelves! This saddens me because several studies have established that sugar-sweetened drinks increase several risk factors for heart disease. It can increase your blood-sugar levels, your triglycerides, and your LDL (Bad) cholesterol.

Soda can cause cancer.

I rarely write about the “C” word because it freaks people out, but in cases where a plethora of studies have shown correlations with eating/drinking a certain food and having an increased risk of cancer, I think it’s important to address.

Let me start by saying that cancer risk increases when you have a chronic condition like Type 2 diabetes or heart disease. This is one way that soda is linked to an increased risk of cancer.

And there are several studies that have shown soda drinking as directly linked to certain types of cancer. For example, one study found that men and women who drank two or more sodas a day had an 87 percent higher chance of developing pancreatic cancer than those who did not. Another study found that postmenopausal women who drank soda were at greater risk of getting endometrial cancer.

There are several more reasons not to drink soda, like damage to your teeth, increased risk of gout, and even increased risk of dementia. So, If there is one food addiction you are trying to defeat, try to kick soda out of your life. I promise, after a while, you won’t even miss it!